How to Play PowerPoint on Android Smartphone

The smartphone market is divided by Apple’s iOS and Google’s Android system, maybe later Microsoft’s Windows Mobile Phone could also be a strong competitor after Win 8 is released. Since the iPhone released in 2007, the smartphone market boomed and lots of manufacturers feel the smell of money. But as a close-source system, no one but Apple itself can use iOS system. That’s the opportunity for Android, a free open-source system based on Linux kernel. Now many famous mobile phone producers have released their own Android smartphone, like HTC, Samsung, LG, Motorola, Sony, Sharp, etc. 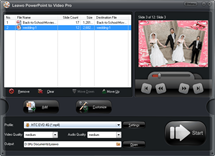 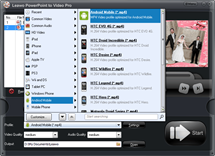 There are already optimized video profiles embedded in this PowerPoint to Android smartphone converter, you can click “Profile”, choose “Android Mobile” from the drop-down list, and choose your Android phone model. 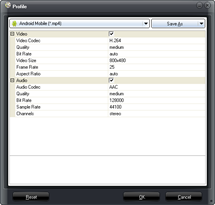 If your Android phone is not on the list, don’t worry. Just choose “Android Mobile” and click “Settings” icon to reset output profile like video codec, audio codec, bit rate, aspect ratio, frame rate, video size, channel, etc. to exactly self-made for your phone. Then you can save your settings as a new profile under the name of your Android phone for future use.

When all the settings are ready, click “Start” button to start the PowerPoint to Android smartphone video conversion. Check “Preview” box and you can watch the output video real-time during the conversion process. Just download and enjoy it!