Free Way And Best Way to Convert PowerPoint to AVI

Why convert PowerPoint to AVI

We usually use PowerPoint to make presentation in meetings, at class or for personal entertainment, the main reason may be that PowerPoint allows us to use graphics and bullets to make points clearer with less talk. However, when we want to view the self-made PowerPoint files on our mobile devices like tablet, smartphone, PDA and many other portable devices, its developer Microsoft says “No”, PowerPoint is restricted to be played on portable devices that runs Windows Phone or Windows RT OS.

In this case, the best way to solve this problem is to convert PowerPoint to video, because video is available on all the mobile devices by the built-in media player. There are many choices of video formats, one of the most popular video formats is AVI.

AVI, short for Audio Video Interleave, employing the file extension .avi, is a multimedia container format introduced by Microsoft in the year of 1992 as part of its Video for Windows technology. AVI files can contain both audio and video data in a file container that allows synchronous audio-with-video playback.

Nowadays, AVI has been a mainstream multimedia format supported by many media players like Windows Media Player, VLC Player and the KM Player. AVI files can be used on the majority of computer operation systems like Windows OS, Mac OS, Linux OS and Unix OS, and virtually all popular web browsers and a lot of mobile devices already support the AVI format. In view of this, we had better convert PowerPoint to AVI for playing PowerPoint  on mobile devices.

How to convert PowerPoint to AVI free 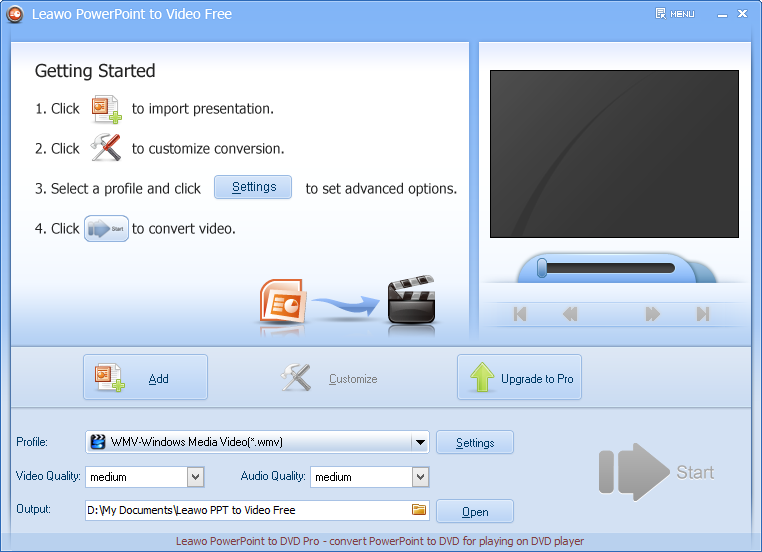 Download Free Leawo PowerPoint to Video Coverter and launch it. 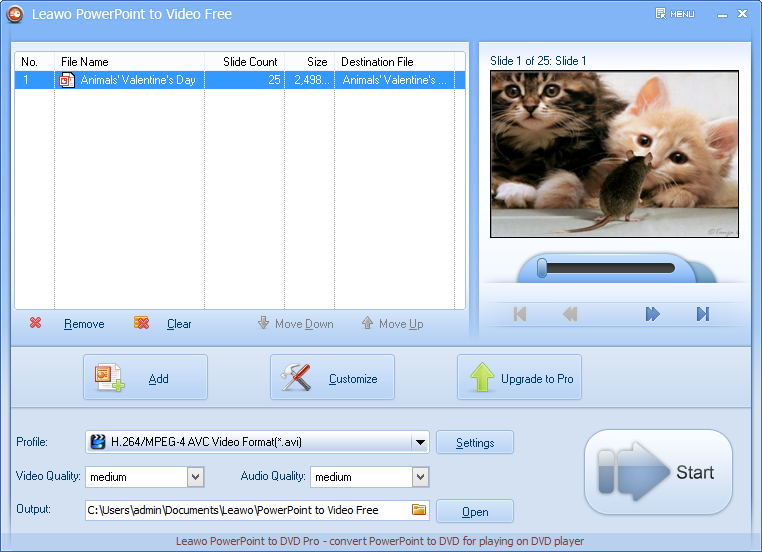 Add PowerPoint file from the computer or other portable devices. 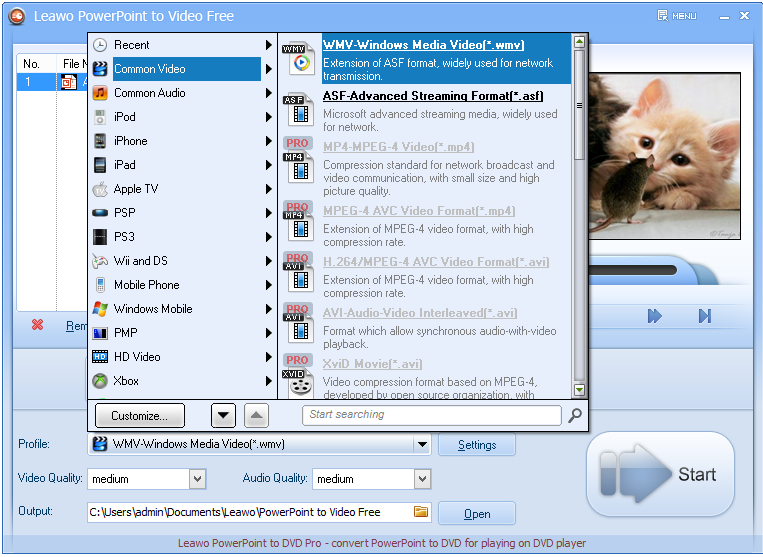 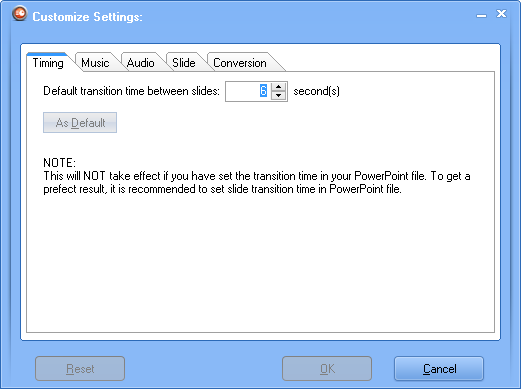 Click the “Customize” icon to customize transition time, or add background music to your PowerPoint.

When you have converted your PowerPoint to WMV, it has been half done. Then you should download another piece of free software – Leawo Video Converter Free, and use it to Convert WMV to AVI without much time consuming.

Step 2 Input the converted WMV files in the last part. 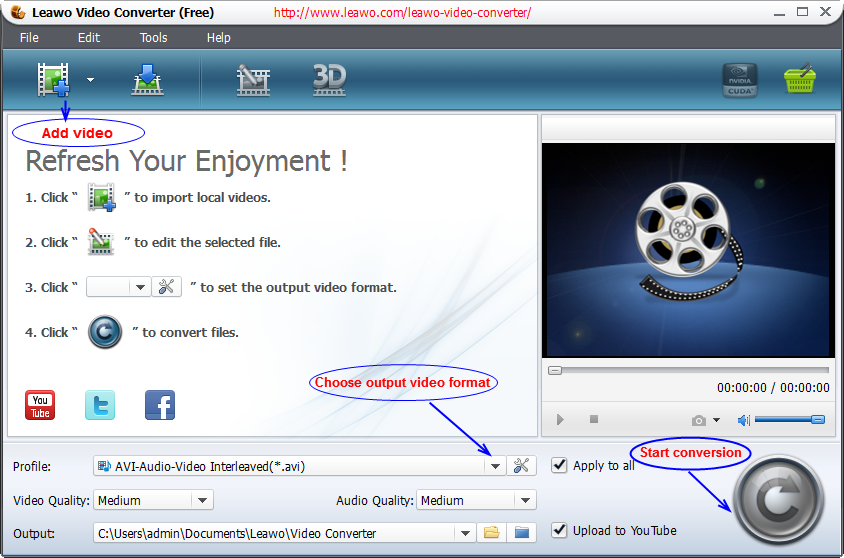 Now you have finally converted PowerPoint to AVI free with the help of the above freeware. Using two pieces of freeware in combination may be a bit troublesome for some friends. And you may have noticed that the freeware can only conduct the basic PowerPoint or video conversion, some advanced functions like 3D converting, video editting, and parameter setting can’t be used.

Now look at the picture below to convert PowerPoint to AVI directly. It’s very easy. 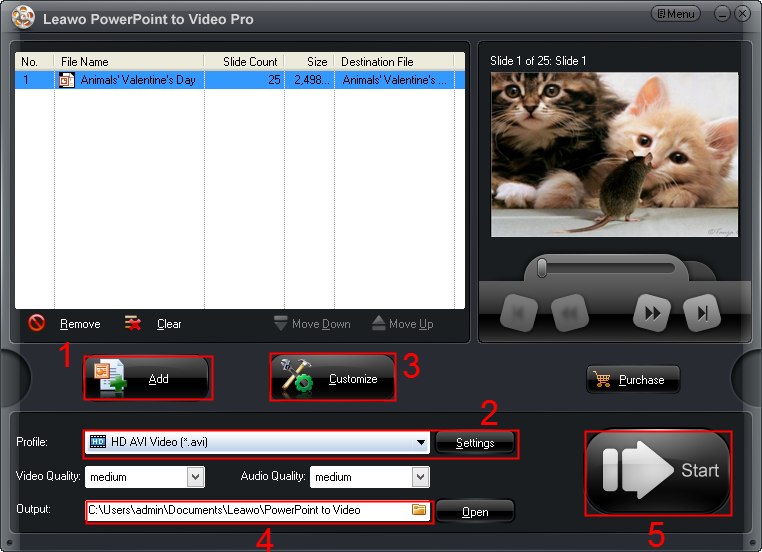 All Leawo users can get Leawo PowerPoint to Video Pro totally free on April 28th, 2013 on giveaway-of-the-day.com. Don’t miss the giveaway chance!