How to Enjoy iTunes M4V Files on Nexus 10?

Nexus 10 is a 10-inch tablet with a dazzling display, ultra-powerful graphics processor, and all new multi-user features. With a retina-besting 2560×1600 resolution, the Samsung-built Google Nexus 10 tablet packs the world’s highest resolution tablet display. And at 10.055 inches, this equates to 300 ppi, which can give you ultra-vivid video enjoyment.

If you have a Nexus 10 and want to play iTunes M4V files on it, I think it would be very difficult as the Nexus 10 is developed by Google and runs the Android operating system. While M4V files (Which are usually purchased from iTunes) can only be played on the Mac and iOS operating system. In case you have downloaded lots of M4V files from Apple iTunes store, you will find them been copy-protected using Apple’s FairPlay DRM copyright protection which can not be played on Nexus 10 tablet. In order to play M4V on Nexus 10 successfully, you have to make full use of a 3rd-party tool to convert M4V files to Nexus 10 friendly formats first. But here is the question: How to convert M4V to Nexus 10?

Leawo HD Video Converter is a great help. It is a professional M4V to Nexus 10 Video Converter which supports to convert M4V to MP4 without DRM protection so as to enable you to enjoy M4V videos on any media players. This article mainly shows you how to successfully play iTunes M4V files on Nexus 10 by using this brilliant M4V to Nexus 10 converter step by step.

Import M4V videos to this software

Directly drag the M4V videos to this program or import videos by clicking on the Add Video icon.

Choose a suitable format for Nexus 10

Go to Profile button and in the existed panel pick up MP4 (Nexus 10 recognizable format) as the output for conversion. Click on the Settings button next to Profile to set video and audio parameters. 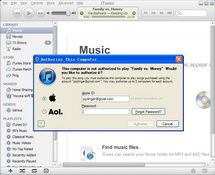 As your DRM protected M4V files are downloaded from iTunes, you need to authorize your computer to be able to remove DRM protection and convert M4V to other video files. Click convert button on the bottom right and the program would automatically lead you to the authorizing page. Input your ID and password to autorize your computer.

After you input the ID and password, click Authorize button and the program will start to convert M4V to MP4. And then, transfer these converted files to your Nexus 10 via cable. You’ll find these files can be smoothly played on Nexus 10 after conversion. 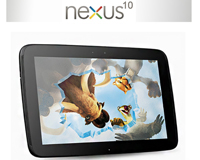 Nexus 10 is a solid tablet coming from the teamwork between two tech giants Google and Samsung. It goes on sale on November 12 for a price started at $399. It is widely believed that the Nexus 10 outperforms many existing tablets in its class thanks to its high-profile specs like 5MP rear-facing camera, 1.7GHz A15 dual-core processor with 2GB of RAM. What may surprises us most is that its sharp screen is far better than iPad’s Retina display. In all fairness, the Nexus 10 is a champion when rivaling with other high-end tablets.