How to View PowerPoint on HTC Jetstream 4G 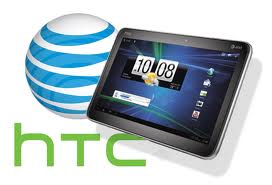 HTC Jetstream 4G is a 10.1-inch tablet with Android Honeycomb, which is one of the first devices compatible with AT&T’s “true 4G” LTE network. It is a strong tablet with 1.5GHz dual-core Qualcomm processor, 1GB RAM, 4GB internal storage and huge 7300mAh battery. The only shortcoming may be the display; the 1280×768 pixels touch screen has a low pixel density, below 180ppi, which is only half of iPad 3, but at the same level of iPad 2.

So in order to view PowerPoint on HTC Jetstream, you will need Leawo PowerPoint to Video Converter. It is a professional and easy-to-use PPT to HTC Jetstream converter that helps you to save PowerPoint as HTC Jetstream supported video formats like MP4, FLV, AVI, WMV, etc.

Click the Profile frame and choose a MP4 format as the output video format. Click Tablet PC and choose Samsung Galaxy for example.

Because the HTC Jetstream 4G resolution is unique, so click Settings to adjust the video size manually. Then you can save the settings as a new profile like “HTC Jetstream 4G” for future usage.

When all the settings are done, click Start to convert PowerPoint to HTC Jetstream. During the conversion, you can preview the output MP4 video in real time.

It takes a while to finish the conversion process; the time varies from different settings and the file size itself.