It is easy for you to download, install and run this YouTube to WMV converter. Get into the first Browse panel which allows you to search for the wanted YouTube videos under a browser-like circumstance. Add video URL to the address bar or search by using keywords are both OK. Confirm YouTube video download with the pop-up window at the right bottom.

Get into the second Video panel which allows you to preview and convert the downloader YouTube videos. The built-in video player lets you have a preview of the YouTube videos. By clicking on the Convert button on this panel, you can get a window with which you can pick up WMV as the output for video conversion.

Switch to the following Convert panel where you are able to get access to the video conversion process clearly. With the ultra fast conversion speed, you are permitted to get the WMV videos within the shortest time. 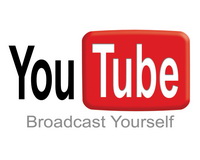 YouTube is a video-sharing website, created by three former PayPal employees in February 2005, on which users can upload, share and view videos. The company is based in San Bruno, California, and uses Adobe Flash Video and HTML5 technology to display a wide variety of user-generated video content, including movie clips, TV clips, and music videos, as well as amateur content such as video blogging and short original videos. Most of the content on YouTube has been uploaded by individuals, although media corporations including CBS, BBC, VEVO, Hulu, and other organizations offer some of their material via the site, as part of the YouTube partnership program.

WMV (short for Windows Media Video) is a video compression format for several proprietary codecs developed by Microsoft. The original video format, known as WMV, was originally designed for Internet streaming applications, as a competitor to RealVideo. The other formats, such as WMV Screen and WMV Image, cater for specialized content. Through standardization from the Society of Motion Picture and Television Engineers (SMPTE), WMV 9 has gained adoption for physical-delivery formats such as HD DVD and Blu-ray Disc