How to Recover Deleted Photos from Asus Padfone2

October 17 is no doubt a big day for Asus on which it introduced its padfone 2 to us in Milan’s conference. According to the report, asus padfone 2 runs Adroid 4.0.3 Ice Cream Sandwich, instead of a dual core processor asus padfone 1 sports, asus padfone 2 is equipped with a Qualcomm quad-core processor. And asus padfone 2 packs in a 13 million pixels rear camera, a 2140m Ah battery. Compared with the last generation padfone, asus padfone 2 has great breakthrough in weight. Both the padfone and padfone station are much lighter. This improvement makes it more user-friendly.

Without revealing its price, Asus announced that asus padfone 2 will hit the market in October in European as well as Asia. Maybe you cannot wait to experience the powerful entertainment functions of the hot padfone 2. Especially for the shutterbugs, the 13 million pixels rear camera is enough to attract their attention. But do you know how to recover deleted photos from asus padfone 2? You definitely think it is impossible but I want to tell you it is definitely possible. Today, I want to reveal the skill to you and all you need is a photo recovery. Next I will tell you the method step by step please read it carefully and maybe one day it will be of great help. 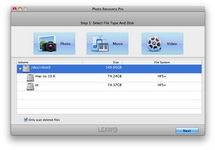 To recover deleted photos from asus padfone2, you have to turn to third-party app. Leawo Photo Recovery for Mac is efficient software which can meet your demands effortlessly. It is very easy for you to handle it. So you can download and install it on your computer without worrying about anything.

Connect your asus padfone2 to your Mac and run this asus padfone2 Photo Recovery on your Mac. There are three recovery modes: File Recovery, Photo Recover and Lost Partition Recovery from which you can choose. Click “Photo Recovery” allows you to recover lost, deleted, formatted and inaccessible pictures, videos and music files from asus padfone2. Then you pick the SD card for file scanning in the next step. 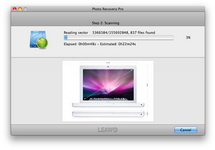 In this step you are provided the access to scan and analyze the photos deleted from asus padfone2 completely, photos will be displayed during file scanning so that you can have a preview on them. 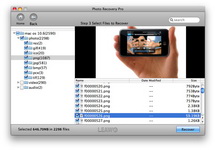 You can find out all the deleted photos after file scanning. View the photos and pick up those you want and only by simple click on the “Recover” to start recovering photos deleted or lost from asus padfone2. Remember that you’d better store the retrieved photos on your Mac first instead of on your asus padfone2.