Yet another quad-core tablet, Acer Iconia A510 has been known to us for a long time, but the release date is still undecided. For those people who expect tablet to have powerful performance as netbook, but enjoy the portability of tablet, Acer Iconia A510 would be a choice to take into consideration. Tablet is absolutely more than just a web browser, media player and game console, what if you want to think twice the project you’re following while on the road? Why not use your Acer Iconia A510 to view the related PowerPoint presentations? 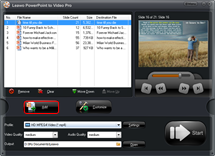 Free download and install the PowerPoint to Acer Iconia A510 converter on your computer. Run the program and click “Add” to load PowerPoint files. The advantage of the Pro compare to free version is its batch conversion ability and much more output video formats. 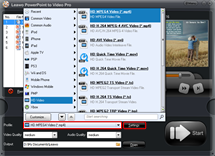 Select a video profile for Acer Iconia A510.

Acer Iconia A510 works with popular formats such as WMV, H.263, MPEG-4, H.264 and MP4, and according to its high definition screen, you can choose a HD video. So click on the dropdown menu of “Profile” and then move your mouse pointer to “HD Video” and choose “HD MPEG4 Video (*.mp4)” from the sub-list as output video format for high quality. 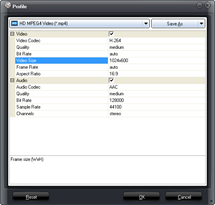 Video and audio parameters like audio codec, bit rate, frame rate, sample rate and audio channel, etc. can be modified depending on the output video quality you want. Click “Settings” icon to enter the settings panel and click “OK” to apply your settings or click “Save As” to save your settings as a new profile for future usage. 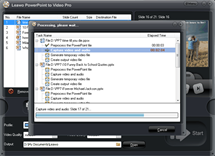 Click “Start” to convert PowerPoint presentations to MP4 videos with this PowerPoint to Acer Iconia A510 Converter.

PowerPoint to Acer Iconia A510 Converter

About Acer Iconia A510

The Acer Iconia Tab A510 comes with the Tegra 3 quad-core chip with the processor clocked at 1.3GHz and it’s running on the latest of Android 4.0 Ice Cream Sandwich. The screen is 10.1-inch but the resolution is 1280 x 800 pixels. In the photographic department, the A510 features a 5MP rear camera and a 2MP front shooter, a welcome addition for video conferencing. Other features include: Wi-Fi, optional 3G and an extension microSD card slot.