How to Convert PowerPoint to HTC Vivid?

HTC is the pioneer of Android manufacturers always gives us surprises with all kinds of new devices such as game phone, music phone, social phone, etc. The HTC Vivid is special Smartphone due to its fast speed 4G LTE network of AT&T. Therefore it is a beast phone for business or entertainment users for internet business and playing games.

Viewing PowerPoint on its big 4.5-inch screen also sounds amazing. Although we can view PowerPoint formats like PPT, PPTX, PPS, PPSX, etc. on HTC Vivid with the help of Android apps like Quick Office, Documents to Go, but the music, narration, video clips, animations will be removed. So Leawo PowerPoint to HTC Vivid Converter would be the best choice for it preserves all the original PowerPoint effects flawlessly. 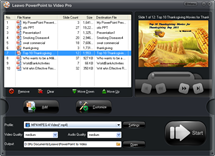 Run the program and click Add to import PowerPoint files. The converter supports PowerPoint 2003/2007/2010 and is compatible with Win 7. 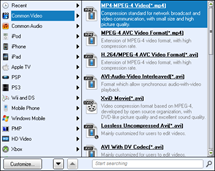 Click on the Profile box and from the drop-down list choose an output video format for HTC Vivid. Then specify an Output folder for the exported videos. 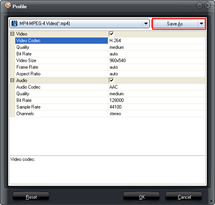 Click Settings to access the advanced video parameters to adjust like video/audio codec, quality, bit rate, video size (resolution) and frame rate, too. You can then save the changes as a new profile for future use. 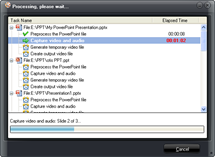 When all the settings are done, hit the Start button to start conversion.

Finally, transfer the output videos to your HTC Vivid and enjoy PowerPoint on HTC Vivid with ultimate fun!

Convert PowerPoint to HTC Vivid video easily so you can enjoy PowerPoint slideshow on HTC Vivid and other portable devices freely.