How to Add CD Songs to iPhone 5

It is no strange thing for iPhone 5 users to store hundreds and even thousands of songs on the mobiles. Even though digital music store like iTunes have provided easy accesses to numerous songs for iPhone 5 users, they are actually not the only source of iPhone 5 music. In fact, not all iPhone 5 users can afford the bills of hundreds of iTunes songs. In most cases, nearly half of the iPhone 5 songs are provided for free. Of course, among all those free iPhone 5 music, songs from CD album robs the biggest share. Before the popularization of digital music stores like iTunes, CD album was actually the major bridge that connects users and music songs. Therefore, the fact that most users more or less have purchased CD albums helps to make CD songs popular on iPhone 5. After all, no one will say no to play songs in purchased CD albums on iPhone 5. To this extent, the process of adding CD songs to iPhone 5 is actually a money-saving way. 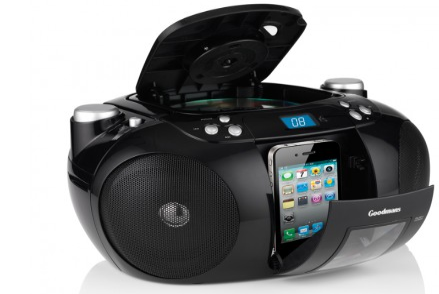 With the absence of DVD drive, iPhone 5 is only allowed to play digital music songs. Therefore, users need to convert the songs on CD albums to digital songs like MP3 music before they are allowed to add CD songs to iPhone 5. Of course, to manage the conversion process from CD songs to MP3 music, a powerful CD to MP3 converter like Leawo DVD Ripper is needed.

After installing DVD Ripper, open it and then click “Load DVD” option in the drop-down menu of “File” to import the songs on CD album. Choose those songs needed to be played in iPhone 5 by checking the boxes before the name of the songs.

Then set the output file as MP3 music in the drop-down menu of “Profile”. When it is done, click “Start” button to begin the conversion process from CD songs to MP3 files.

After that, find out the converted CD songs on the computer and then import them to iTunes with drag-and-drop operations. Then transferred songs will be listed after users have clicked “Music” tab under “LIBRARY” in the panel of iTunes.

Download and launch the latest Leawo iTransfer to make sure iPhone 5 can be supported. Then connect iPhone 5 with the computer via the USB cables and open Leawo iTransfer.

When it is done, the iPhone to computer transfer will transfer converted CD songs to iPhone 5 automatically. As the transference process ends, the CD songs have been added to iPhone 5.