“I’m buying a 4K tv with my tax refund in a few weeks and I was wondering if the PS4 Blu Ray player plays UHD movies yet. I’m hoping to avoid buying an extra Blu Ray player.”

Well, the Blu-ray disc drive that is currently installed in the PS4 is made exclusively for the Blu-ray disc player, so it cannot read the 3-layer media that is standardized by Ultra HD Blu-ray. For this reason, the PlayStation 4 models that are out in the market cannot be compatible with Ultra HD Blu-ray (4K Blu-ray). But you don’t have to worry, you can find workaround to play 4K Blu-ray on PS4 in this post.

Part 1: Something About PS4 and 4K Blu-Ray 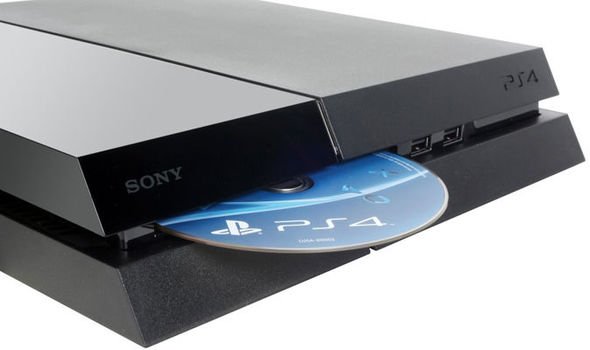 PS4, fully named as PlayStation 4, is a home video game console developed by Sony Interactive Entertainment, formerly Sony Computer Entertainment. Announced as the successor to the PlayStation 3 during a press conference on February 20, 2013, it was launched on November 15, 2013 in North America, and November 29, 2013 in Europe, South America and Australia, and February 22, 2014 in Japan. It competes with Nintendo’s Wii U and Microsoft’s Xbox One, as part of the eighth generation of video game consoles.

It’s the latest generation of Blu-ray discs which, as the name suggests, supports Ultra HD – aka 4K. Besides much sharper pictures, it also adds all sorts of useful things like High Dynamic Range and new advanced audio systems like Dolby Atmos. Sadly, all this requires higher capacity discs, which is why a new format is required. That means Ultra HD discs won’t play on a normal Blu-ray player, though you can play older Blu-ray discs on an Ultra HD player.

As PlayStation 4 won’t play Blu-rays or DVDs out of the box, customers have to install the software update when first getting it. If the PS4 is connected to the Internet, go to the function screen, select “Settings” -> “System Software Update”, and update to the latest system software 1.50. In case the PS4 has no Internet connection for the time being, users can also use an external disc or USB storage to update the console system. 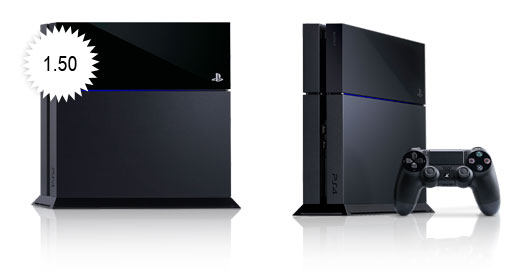 Insert a Blu-ray or DVD disc into the BD drive on the PS4. In addition to purchased BD/DVD discs (with protection), you can also play copied (burned) Blu-ray or DVD movies on PS4.

Step 3: Select the disc icon on PS4 and play

When entering the main interface, find and select the disc icon on the PS4 display and press the play button.

If you have some 4K Blu-ray discs and would like to watch those 4K Blu-ray content on PS4, you can make use of a 4K Blu-ray ripper to convert 4K Blu-ray to 4K MP4 video as MP4 video format is acceptable by PS4. After finishing conversion on your computer, you can copy the converted 4K MP4 video to a USB storage, and then insert it into your PS4 for 4K content playback. Of course, to enjoy 4K content, you need to connect your PS4 to a 4K TV beforehand.

When speaking of a 4K Blu-ray ripping program, you can give Leawo Prof. Media a try. It accepts 4K Blu-ray disc input and outputs 4K videos such as 4K MP4 and 4K MKV. More amazingly, it can accept copy-protected Blu-ray disc. If you are using Mac computer, you should switch to its Mac counterpart Leawo Prof. Media for Mac for converting video format on Mac.