Since the program has been activated in your computer, go to the "Browse" panel and type the URL into the address bar, head to the video address. Then you will see a pop-up window and you can check or uncheck the downloading order. Choose an output folder and download videos.

To be a Samsung Nexus S YouTube Converter, this program allows you to convert the downloaded videos to the corresponding video formats that are recognized by Samsung Nexus S. Just click on "Convert" button and choose an output video format for conversion as showed in the following.

Turn to "Convert" section to grasp the video download and video conversion process.

The super fast converting speed enables you to get converted videos quickly. The output high video and audio quality are guaranteed and you can shift the output to the phone for enjoying successfully. 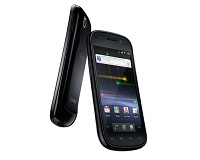