How to Convert Your PowerPoint to MPEG?

MPEG stands for the Motion Picture Experts Group, part of the International

Organization for Standardization (ISO) and International Electrotechnical Commission (IEC), charged with creating and publishing standards for various areas of technology, respectively. MPEG standards address audio and video formats used online, in television broadcasts, and in DVD media. MPG is one of a number of file extensions for MPEG-1 or MPEG-2 audio and video compression. The now most popular MP4 video format is short for Moving Picture Expert Group-4, also known as MPEG-4 AVC.

Leawo PowerPoint to Video Converter is such a PowerPoint to MPEG converter, which helps you to convert PPT, PPTX, PPS, and PPSX to MPEG and preserve all the original PowerPoint effects like fonts, languages, animations, transitions, music and video clips, etc. 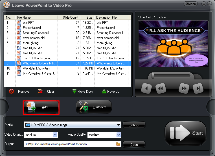 Free download and install Leawo PowerPoint to MPEG converter on your computer. Run the program and click “Add” to import PowerPoint files. Batch conversion is suggested if you have multiple PowerPoint files for converting to MPEG at one time. 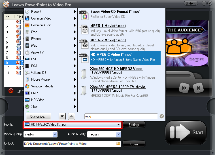 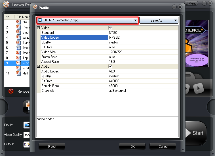 To guarantee the best-quality output, click “Settings” to adjust advanced video parameters like video/audio codec, quality, bit rate, video size and frame rate, etc. You can then save the changes as a new profile for future use. 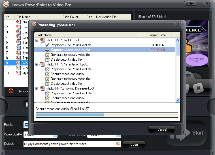 After all the settings are done, click “Start” to convert PPT, PPTX, PPS, and PPSX to MPEG format.

After you have transformed PowerPoint to MPEG format, you can now view it in Windows Media Player or other media players.

Convert PowerPoint to MPEG video easily so you can enjoy PowerPoint slideshow with various media players, on portable devices, other computers or sharing on YouTube freely.