1. Locate the WMV video file you want to play on your local disk.

2. Right click the target WMV video file and then select "Open with".

However, though WMP suppports to play WMV files, there’re a chance your WMV file couldn’t be played back with WMP for certain reasons. In such case, it’s commonly suggested to firstly check whether your WMP is the latest version, then you could try to download some professional codec packs to ensure smooth and successfull WMV play with Windows Media Player. The most effective solution to "WMV files couldn’t be played on WMP" is to take use of 3rd-party free WMV player software, which could provide totall free solution to play WMV files and require no codec pack installed. Leawo Free WMV Player is such kind of video player software to help you play WMV files on Windows smoothly and easily.

Leawo Free WMV Player, officially named Leawo Blu-ray Player, allows you to play WMV videos on Windows computer (Windows 8 included) in lossless quality for totally free. It could directly play WMV videos on Windows computer, without any decoders to be installed. Far more than a professional and free video player, it is also a comprehensive Blu-ray player to play back Blu-ray discs and a free DVD player to play back DVD discs in quality lossless. Take the below guide to know how to play WMV videos with Leawo Free WMV video player.

Download and install it on your computer before you could play WMV videos:

Browse WMV files to play back 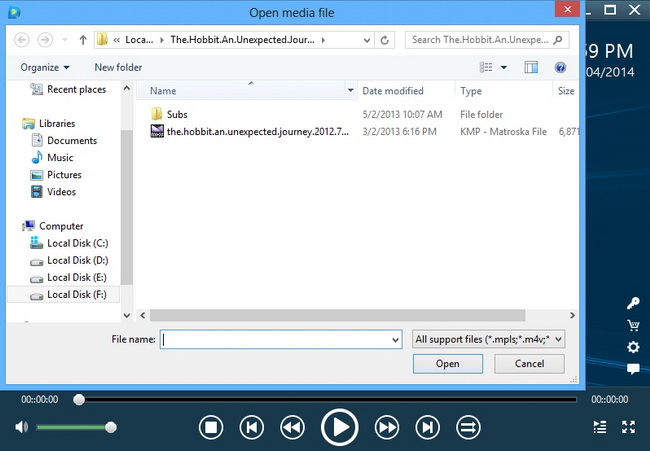 Click the upper-left buttons of this free WMV player software to set subtitles, video and audio for better movie enjoying. 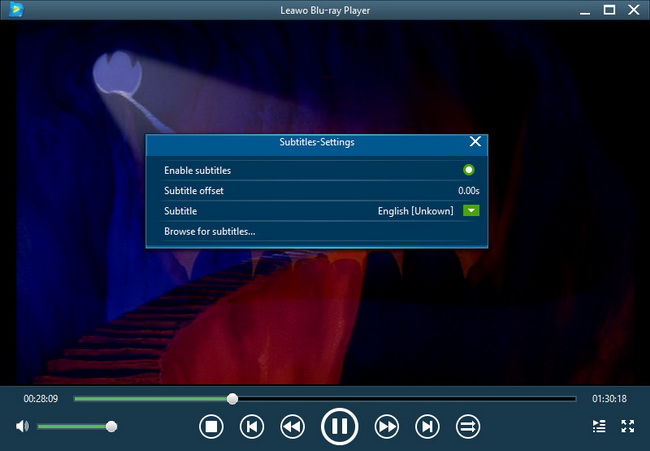