With no doubt, being the remake of "The Evil Dead", a 1981 cabin sub-genre horror film that many believe pioneered horror films, Evil Dead does live up to its expectations. The remake stays mostly faithful to the original source while adding some new material. Simply from the theatre trending in different theatres, we could see how popular this new remake is. Some people who have no time to go to cinema to watch Evil Dead may ask a way to download Evil Dead from online movie sites, like YouTube. This tutorial could answer such guys nicely.

To download Evil Dead full movie from YouTube, you need firstly get the movie URL on YouTube. Then, copy and paste the Evil Dead URL onto the address bar of this Free YouTube Downloader to search the movie. When the movie is displayed, click the play button to start playing.

There would appear a "Save as" window on the bottom right corner. Click "Save as" button to enter the "Convert Settings" windows, where you can choose to download and convert Evil Dead movie. Choose the format that is compatible with your target devices. If necessary, you can click “settings” button to modify output file parameters to make the downloaded YouTube videos meet your devices more.

After that, click the convert button on the small box to start downloading and converting Evil Dead movie. When the conversion finishes, you can transfer the downloaded Evil Dead movie to your own portable media players for unlimited playback. 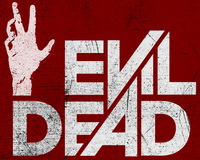 Evil Dead is a 2013 American horror film co-written and directed by Fede Alvarez. It is the fourth installment of the Evil Dead franchise, serving as both a reboot and as a loose continuation of the series. It is the first not to be directed by Sam Raimi. The film is the feature debut of Alvarez, whom Raimi selected. It was produced by Raimi, Bruce Campbell, and Robert G. Tapert: the writer-director, lead actor, and producer of the original trilogy respectively. The film had its world premiere at the South by Southwest festival on March 8, 2013. On March 9, it was announced that a sequel was in development.