For the reason that iOS 7 is only a Beta version now, a lot of bugs often annoy us, such as the fast power consumption, incompatibility with some previous apps, unfinished Safari icon, the iOS 7 backup data can’t be restored to iOS 6 or other versions below iOS 7, to name just a few, it’s no wonder that after trying the new features and functions of iOS 7, so many people still decide to downgrade to their previous OSs. It’s not conservative, but the last choice they have to make.

Please note that when you downgrade to iOS 6, you’ll only be able to go to the most current version, which is 6.1.4 for iPhone 5 users and 6.1.3 for iPhone 4S and below. When it comes to iCloud or iTunes backups, you won’t be able to restore an iOS 7 backup on an iOS 6 device for the incompatibility issue, which means you may lose the files on your iOS device. So just wait for the next upgrade of iOS 7 to solve the incompatibility problem.

While, if you want to downgrade to iOS 6 and keep the current iOS 7 device data for further view, there’s a shortcut. You can back up important photos, videos, contacts, messages, notes and many other new files you add to your upgraded iOS 7 device to a safe place like a local computer. Certainly, you can back up iOS 7 data to iTunes or iCloud, but you must know that the iTunes backup is a total one in the form of unreadable codes and can’t be previewed on the computer.

If you don’t have an iCloud account and want to back up partial or all the data of your iOS 7 devices to the local computer, the best way is to back up iOS 7 data using a third-party backup or transfer tool. One of the best iOS 7 backup tool is Leawo iOS Data Recovery, which can not only back up 12 kinds of data to the local computer by directly scanning your iOS devices, but can also help you recover the deleted, lost and damaged data from your iOS 7 devices. Furthermore, the tool can help you to extract the ureadable iTunes backup on your computer and transfer the specific files of iTunes backup to the computer for view.

Before downgrade ios 7 to iOS 6, you can refer to the tutorials below to back up iOS 7 data with ease. Download the trial version of Leawo iOS Data Recovery ans install it on your computer.

Step 1 Connect your iPhone/iPad/iPod touch to the computer with a USB cable and run the program on your PC, then you’ll see a start interface shown in the picture below, just tap on the button. 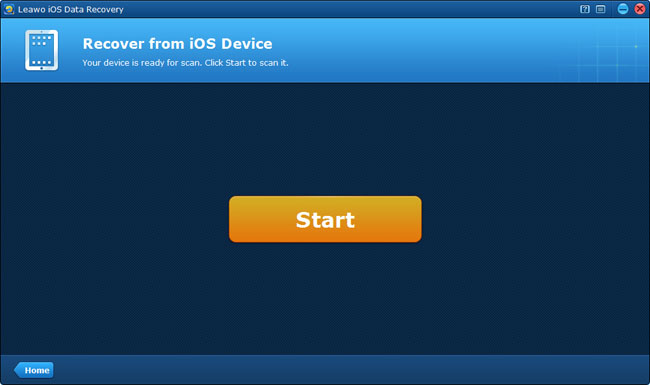 Step 2 When you have clicked “Start” button, just wait for the automatic scanning of your iPhone/iPad/iPod touch. 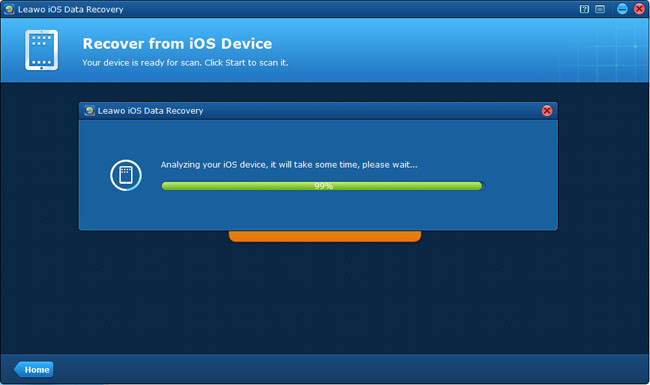 Step 3 Then you can preview up to 12 types of data on your device, tick the files you want to back up to the computer. You can tick the checkbox on the left of your device to check all for backup. Next, tap on “Recover” button on the right corner of the interface to start to back up iOS 7 device to PC. 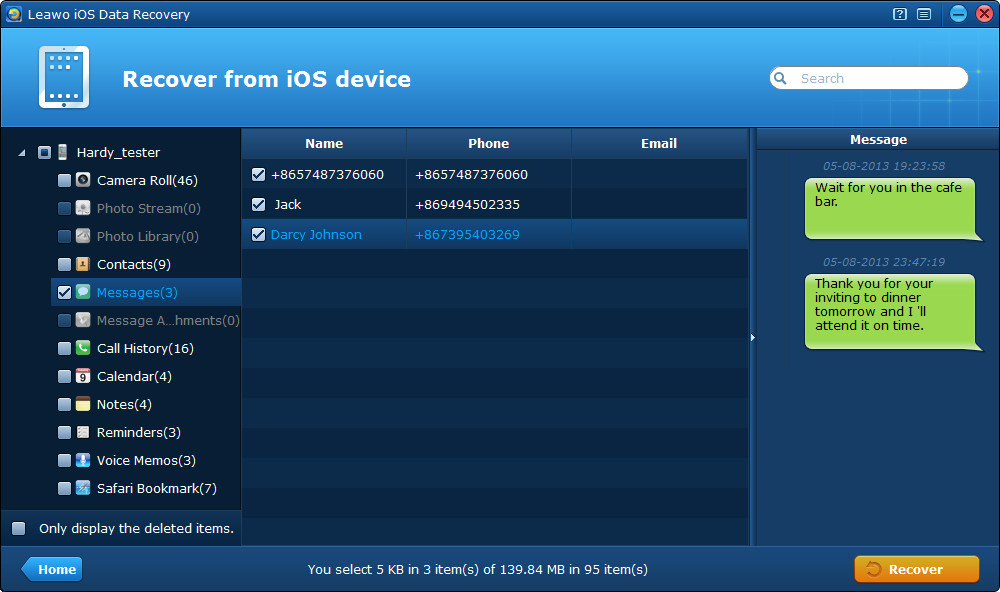 Step 4 Lastly, remember to save the iOS 7 backup by clicking “Open” from the pop-up window and select a file location on your computer. 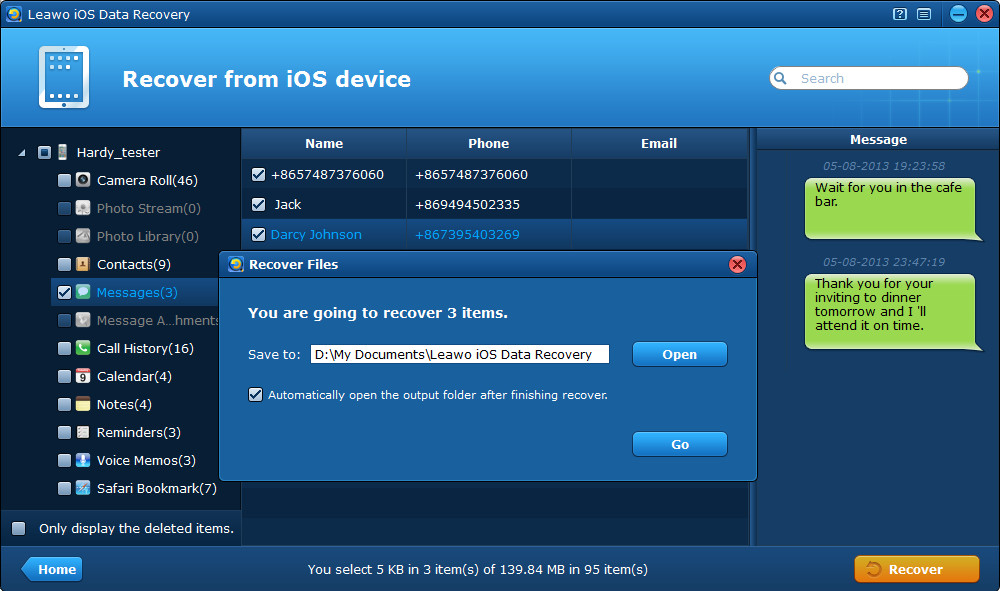