How to Convert DVD to Nokia Lumia 620 for Freely Movie Enjoyment?

The Nokia Lumia 620 is a smartphone designed, developed and marketed by Nokia. It is the successor to the Lumia 610, and is one of the first Nokia phones to implement Windows Phone 8 alongside the Nokia Lumia 920 and Nokia Lumia 820. Nokia has started rolling out the Lumia 620 in several key Asian markets by the third week of January. It now looks like its European debut could happen a few weeks earlier than expected, perhaps by the end of January.

Although sharing a similar name with the Lumia 610, the Lumia 620 is a major overhaul over its predecessor, sporting a 1.0 GHz dual-core processor, 3.8 inch WVGA display with a resolution of 800 x 480 pixels, Windows Phone 8 OS, and many other mid-range phone features. As an advanced WP8 phone in the mid-range smartphone market, Lumia 620 may not be the best, but it is far more enough to fulfill customers’ diverse needs. Like common phone calls, video recording, text reading, image capturing, music reading and movie playback.

Download, install and run this DVD to Lumia 620 ripper on your computer. Then, click "Load DVD" button to import the DVD sources you want to rip. You can preview the DVD files with built-in player and select desired subtitles, audio tracks for output.

To play DVDs on Lumia 620 successfully, it is of necessity to pick up an Lumia 620 friendly video format as the output from program "Profile" box, say MP4.

Here comes the final step. You can click bottom-right button "Convert" to get the DVD to Lumia 620 conversion started. The full conversion will be finished in a short while.

After that, link your Lumia 620 to PC and transfer the converted DVD videos to it for enjoyment easily. 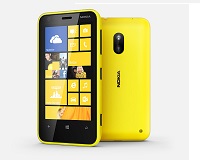 Lumia 620 The Nokia Lumia 620 is a smartphone designed, developed and marketed by Nokia. It is the successor to the Lumia 610, and is one of the first Nokia phones to implement Windows Phone 8 alongside the Nokia Lumia 920 and Nokia Lumia 820. The Windows Phone sports a 3.8″ TFT display with a 480×800 resolution, 512MB RAM, dual-core 1.0GHz Snapdragon, 8GB internal storage (with MicroSD support) and a 5MP rear shooter. The Lumia 620 is available from official channels through Nokia for 11,990 rubles (approx. $400), as well as Euroset (only green, white and yellow variants) for the same price.