How to convert AVI to MP3 with Leawo Video Converter?

Some AVI movies usually come with wonderful music, which deserves to be recorded down and put to your PMP for time-to-time appreciation. It seems no sense of converting video to only audio. In fact, Leawo Video Converter is able to rip the audio out of the video and save it as MP3 document, namely convert AVI to MP3. Simple enough to understand, isn't it? Now, let's take a look at what this AVI to MP3 converter can bring you.

It does require no more labor at all to rip the audio out of the AVI video. Leawo AVI to MP3 Converter makes it only three steps.

You can directly drag the AVI files in the program, and relative information will display shortly afterwards on the import list. The actions you can apply on the list include rearranging the file order, renaming the file and getting a preview by double clicks on any of the file titles. 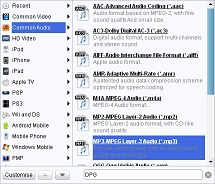 Get an MP3 output profile for the AVI videos. It is obviously found on the Common Audio catalogue. Leawo AVI to MP3 Converter is also fit for transformation to other audio formats, as is shown on the profile list. Then, open the codec setting panel for further adjustments on Bit Rate, Sample Rate, etc.

You can do some edit to your video before converting.

Start the conversion with happy getaway

To exploit more power from your CPU and push the conversion faster, you may start the conversion by triples. CPU multi-core control enables you to control the computer performance and CUDA accelerating ability would increase the converting speed and shorten converting time. 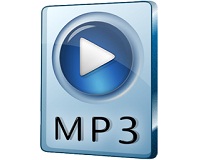 AVI (Audio Video Interleaved) file is a sound and motion picture file that conforms to the Microsoft Windows Resource Interchange File Format (RIFF) specification. AVI files (which end with an .avi extension) require a special player that may be included with your Web browser or may require downloading.
MP3 is an audio-specific format that was designed by the Moving Picture Experts Group (MPEG) as part of its MPEG-1 standard and later extended in MPEG-2 standard. It is a common audio format for consumer audio storage, as well as a de facto standard of digital audio compression for the transfer and playback of music on digital audio players.