Apple iPhone 4S comes into sight with lots of shinning features such as multitasking, high-resolution retina display and more which excite Apple fans greatly. Video enjoyment on the fresh-new iPhone 4S is quite awesome, but one frustrating point is that iPhone 4S does not support flash video (in FLV or F4V format), so online videos from YouTube, Hulu, Myspace, Dailymotion, iFilm etc. can not be played on iPhone 4S.

Run Leawo Video Converter or its Mac version as FLV/F4V to iPhone 4S Converter, and click the Add Video button to browse the flash video files on your computer or directly drag the videos to this software. Double click on the video to have a preview of the video. 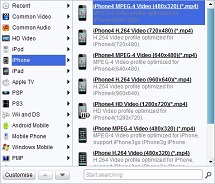 Click on the Profile button and select iPhone, you can get access to various formats for iPhone including iPhone 3G, iPhone 3GS, iPhone 4, iPhone 4S. Pick up one of the formats at your will.

To set video start time and end time, to cut video size, to adjust video effect and to add video watermark within Edit section. To choose a 3D setting modes from Red/Cyan, Blue/Yellow, Interleaved, Side by Side, and to modulate 3D Depth effect within 3D Settings section.

Click the Convert button on the bottom-right corner on the main interface of the converter, and the conversion from Flash video to iPhone 4S conversion get started immediately. After conversion, activate iTunes, and then you can add FLV/F4V to iPhone 4S for enjoyment freely. 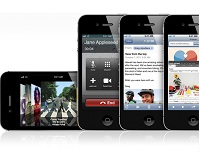 The iPhone 4S is a touchscreen slate smartphone developed by Apple. It is the fifth generation of the iPhone, a device that combines a widescreen iPod with touchscreen, mobile phone, and internet communicator. Integrated software and hardware changes support the introduction of new user interface and functions by Apple. Highlights include a voice recognizing and talking assistant called Siri, personal computer independence, cloud-sourced data (iCloud) and an improved camera system. A selection of the device’s functions can be controlled by voice.