How to convert video to Android phone on Mac OS?

The Android operating system is available for lots of famous mobile phone manufactures. There are hundreds of thousands of Android phone owners or Android phone enthusiasts keen on this hottest smartphone, but most of Mac users will often come up against such a problem that it is impossible to play some videos like some Hollywood movies directly on Android phone. Mac users have to consider about how to convert video to Android on Mac? Obviously, you need a Mac Android video converter. Leawo Video Converter for Mac which can convert videos among popular formats to Android phone compatible formats turns out to be the best assistant to aid you receive more fun on Android phone widescreen.

After you download and install Leawo Mac Video Converter, launch it to add video files. Once you run the program, import the video files you are heading to deal with by clicking "Add video" icon  or drag-and-drop. 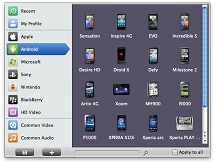 Click "Edit" button on the preview player panel or right click the DVD title and select Media Editing to edit the video in your desire. 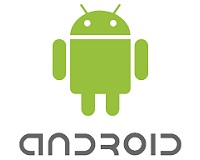 Android is an operating system for mobile devices such as smartphones and tablet computers. It is developed by the Open Handset Alliance led by Google. Google purchased the initial developer of the software, Android Inc., in 2005. The unveiling of the Android distribution on November 5, 2007 was announced with the founding of the Open Handset Alliance, a consortium of 84 hardware, software, and telecommunication companies devoted to advancing open standards for mobile devices. Google released most of the Android code under the Apache License, a free software license. The Android Open Source Project (AOSP) is tasked with the maintenance and further development of Android.