How to Convert AVHCD Videos to Google Nexus One?

The whole process of converting AVHCD videos to Google Nexus One could be separated into three parts: preparation work, related settings and converting.

During conversion, you can make some changes to the original AVCHD videos for better playing experience. This would include the following steps.

By clicking "Add Video", you can add AVCHD videos to convert for your Nexus One. You can reorder and rename AVCHD videos being converted here. With the built-in player, you can preview videos and snapshot images when you want.

Select a proper output profile and do the settings

Click Profile" to choose a proper output file format for your Google Nexus One like MP4 or other file formats.

If you want to customize AVCHD videos, you can click "Edit" to make some editing work. Four editing options include: trim video length, crop video size, change video effects and add watermark. By editing, you can make AVCHD videos your own patent.

After all these done, you can now convert AVCHD videos to your Google Nexus One by clicking "Convert". When you press this button, you could see the converting progress, converting time, and make after-done operations including automatically open file folders and shut down computer. 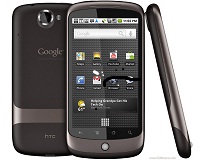 The Nexus One (codenamed HTC Passion) was Google's flagship smartphone manufactured by Taiwan's HTC Corporation. It became available on January 5, 2010 and uses the Android open source mobile operating system. Features of the phone include the ability to transcribe voice to text, an additional microphone for dynamic noise suppression, and voice guided turn-by-turn navigation to drivers.