How to convert MPG to MP4?

Although both are compressed video formats, MPG is a little archaic, compared to MP4, which has a greater balance of video quality and file size. Leawo Video Converter — the best MPG to MP4 Video Converter is a good tool which can convert MPG to MP4 and immediately save you a lot of space on your hard disk. This guide is tasked to show you how to convert MPG to MP4 with this ideal MPG to MP4 converter for DVD movie backup on your computer or playback on portable terminals such as iPod, PSP, etc.

Leawo MPG to MP4 Video Converter is an advisable choice for its friendly using style and extra powerful features. It is a piece of green software with a safe installation and uninstallation secured. Feel free to download Video Converter and have a try.

Launch the program and add files

The program has three functional sections: the standby list, the preview window and the setting control. The start of the program will first clearly indicate the steps for you to get started with. There are two ways to import the videos. If you think it is too conservative to click add icon to browse and select the video files, just navigate to the files and drag them in Leawo MPG to MP4 Video Converter directly.

After importing files in Leawo MPG to MP4 Video Converter, you could arrange the list by dragging one of the entries along vertically or using the "Move Up" and "Move Down" buttons. The list order will affect the priority of conversion and the merge order if you want all the imported videos to be contained in one file. Double click on the video title will give you a preview of the video.

Select a MP4 profile for output

Leawo MPG to MP4 Video Converter has an offering of abundant profiles for MP4 video output. Even more, it is possible to output container formats which are based on MPEG-4, such as Xvid Movie and Mov-QuickTime.

The advanced settings panel displays settings related to video codec and audio codec. The default is for common demands. If there is special requirement on these settings, just align them to the requirement.

Upon conversion, you are allowed to skip or pause the current process and instruct Leawo MPG to MP4 Video Converter whether to open the output folder or shut down computer afterwards. 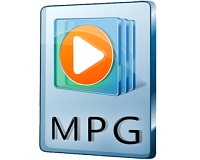 MPG video file is a variant of the MPEG (Moving Picture Experts Group) video and audio compression format, optimized for broadcast quality video. MPG videos have the file extension .mpg. MPEG stands for Moving Picture Experts Group (MPEG-1, MPEG-2, MPEG-4), one of the compression formats, is in charge of the development of standards for coded representation of digital audio and video, supported by DVD, VCD, Epson for entertainment. There are several audio/video formats which bear this group's name, such as compression formats: MPEG-1, MPEG-2 and MPEG-4.