The iPad is a line of tablet computers designed, developed and marketed by Apple Inc., primarily as a platform for audio-visual media including books, periodicals, movies, music, games, and web content. The iPad was introduced on January 27, 2010 by Apple’s then-CEO Steve Jobs. Its size and we ... Più

Zune is a digital media brand owned by Microsoft which includes a line of portable media players analogous to the iPod, a digital media player software for Windows machines, a music subscription service known as a ‘Zune Music Pass‘, music and video streaming for the Xbox 360 via the Zune ... Più

BlackBerry is a line of mobile email and smartphone devices developed and designed by Canadian company Research In Motion (RIM) since 1999. BlackBerry devices are smartphones, designed to function as personal digital assistants, portable media players, internet browsers, gaming devices, and much mor ... Più 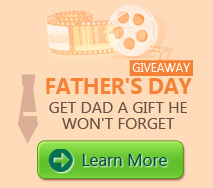